Award-winning composer, Dr. Joyce Koh is Senior Lecturer and Vice Dean of Interdisciplinary Studies at the Nanyang Academy of Fine Arts since January 2014.

After twenty years of professional practice in Europe, she returned to Singapore in 2007 to head the music faculty at the School of the Arts. She was responsible for the design and implementation of the Music Specialist curriculum, and had spearheaded a 4-year Integrated Arts Programme at the School. Subsequently, in 2010, she joined the Nanyang Academy of Fine Arts and the National Institute of Education as a part-time lecturer. She also holds a range of consultancy roles for the National Arts Council of Singapore, Singapore Workforce Development Agency, and the Asia-Europe Foundation.

Dr. Joyce Koh has a creative output ranging from concert music, dance collaborations, text-sound production, to interactive sound installations. Originating from her interests in architecture and interdisciplinarity, her work explores notions of sonic canvas, space and theatre of music. As described by the International Piano Quarterly, her sound world “engages the intellect and requires a different approach”.

She has been invited as Composer-in-Residence at École Nationale de Musique, Montbéliard, France (2006), Herrenhaus Edenkoben, Germany (2004) and Theatre Works, Singapore (2001).

Her publications include two-piano works published by the Associated Board of the Royal Schools of Music, UK; and proceedings of the International Computer Music Conference and the International Society of Electronic Arts. 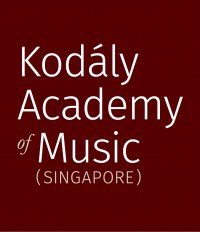